I am a hard-driving, goal-oriented person. But I hit a point in the mid-1990s where closing the next deal and cutting another ribbon just didn’t have the same appeal. And I began to ask, “Is there more to life than this?” and “What’s next for me?” I knew I needed a halftime – a time to refocus and make a game plan for the second half of life.

Fast forward to today, and surprisingly enough, my second half has actually included some of the same activities I had been doing in my first half, like real estate development. But they are a much smaller part of my life. My focus in the second half is centered on pouring into others – through coaching and speaking, but also in my marriage.

Here’s an important discovery I’ve made: If you want to have the most impactful and sustainable second half, if you’re married, a key step must be discovering what your spouse is passionate about and getting behind their dreams.

What does this look like exactly? Well, it can look many different ways. I’ll share how this played out in my own life and for one halftimer, Adam Laubach, whom I recently caught up with. Adam is making a big move for the Kingdom after getting behind his wife’s calling.

For me, it started with some intentional conversations with Linda about what her passions were and how I could come alongside her, encourage her to dream, and make those dreams a reality. It required me to be more humble, intentional, and to listen more. I had to learn that my second half wasn’t all about me. But what joy it has brought our entire family to see Linda come alive in new ways as she ministers in her area of passion – mentoring young moms.

Just a few weeks go, I had the joy of reconnecting with Adam Laubach, a halftimer I coached several years ago. Adam is beginning an exciting new chapter, living out a big “Yes!” to God’s call for their family, and I know that his story will bring you new insights on your own journey.

Adam is a “serial entrepreneur,” with much of his career spent bringing cutting-edge material-science technology out of the lab and into the market to make an impact on the world around us, mostly through innovative medical devices.  He spent the first decade of his career at Dow Chemical doing technology development and commercialization, and then received his MBA from the University of Texas. He spun a venture capital (VC) funded start-up out of Dow and then went on to lead multiple technology companies around the world in the capacities of CTO and CEO.

While leading “hot” technology companies bent on improving life was exhilarating and expat life was interesting, “leaving it all on the field” every day took a toll on his relationship with Tricia, his wife, and in fact on the entire family.

In 2009, Adam and Tricia had a watershed moment in Switzerland where they realized something needed to change. “Here I was at 40 years old living in a waterfront home on Lake Zurich, driving a Porsche, running a well-funded VC technology company with a beautiful wife and four amazing children…from the outside, everything looked great. But our faith was not solid, and our marriage was falling apart,” Adam recalls.

At the peak of the crisis, Adam resigned his CTO position and moved their family of six back to Texas to get closer to grandparents and find a solid church community to serve as the foundation upon which to rebuild his family.

Eager for biblical wisdom, Adam and Tricia found a solid local church and for the first-time sought friends grounded in scripture and giving back.

Through a marriage encounter, they were introduced to Halftime, read the book and Adam enrolled in a Halftime Institute program, seeking to find how his God-given skills could be used to profit the world around him, not just his bottom-line.  Concurrently, God opened a door to a company that Adam has now helped lead for the last 8 years. Running the company has afforded Adam the resources and time to do “low-cost probes” to determine the best fit for his next season.

As you would expect with a scientist and serial entrepreneur, having a structure and a proven model is everything. And that’s what going through a Halftime program and coaching was for Adam. He turned his good intentions into a workable plan so that he could be more intentional with his family. During that season, Adam built a more solid foundation spiritually and in his marriage. It wasn’t a pretty journey for Adam. “I had to come to terms with how selfish I had been, and how my workaholic, type-A nature had put stress on my family,” he shares.

Having the whole family involved in a local church, bible studies and adoption/foster care ministries allowed their family to develop a solid spiritual foundation and family culture of giving back. Tricia returned to being a labor and delivery nurse, where she was able to live out her passion for serving women and children.

By the time they returned to Texas, they already had four children, one biological and three adopted (domestic boy and girl twins, and a daughter from China). They found themselves in an amazing situation where they felt God challenging them to open their home to a little baby boy and eventually to his younger sister. Their family grew from six to eight! Tricia recalls this being an amazing season of hearing God direct them, bringing what they were hearing from God to their church and community of friends for prayer, and obeying Him, even when it was challenging.

Making decisions as a couple based on prayer and not self-sufficiency came much more naturally to Tricia than to Adam. “As a type-A entrepreneur, the biggest thing I’ve had to overcome is understanding that I never really had control of my life. Time after time God has provided a much better path forward, when the next challenge felt impossible.” Their adoption stories with their kids has served as a foretaste of their current calling.

The last year fast-tracked their family into an incredible journey of faith. Tricia’s passion for women, children, and specifically orphans continued to grow, alongside their eldest daughter, Reagan. While at college, Reagan shared that her dream was to work internationally in orphan care.

So, being big fans of low-cost probes from their halftime season, in December 2017, they decided to take her on a short-term trip to visit and serve multiple orphanages and children homes in Uganda, including Amani Baby Cottage.

During their trip in Uganda, it was discovered that Amani needed new directors (one executive and one medical).

Tricia felt a strong calling that they were supposed to move their family to Uganda to serve. While this sounded crazy, both Adam and Tricia saw how God had been preparing them over several years for such a transition. After praying about it, their sending organizations, Lifesong for Orphans and Grace Bible Church, confirmed their calling and began preparing them to serve. Earlier this month, the Laubach Family moved to Jinja, Uganda, to begin their next chapter as directors of Amani Baby Cottage. There they oversee 40 full-time Ugandan staff that care for up to 50 orphan children ages 0 to 5.

When Adam went through his Halftime program, he never thought he’d be moving to Africa. That would have scared him at the time. But, now, he believes, “God has spent the last 10 years whispering this calling to us in various forms. It was a pretty long runway from the initial exposure to moving to Africa. He has been preparing us with experience, prayer, discernment, and confirmation from those who really know us deeply and are walking with the Lord.”

Tricia’s expertise in pre- and post-natal medical care will help equip the community, helping to prevent babies from becoming orphans in the first place. Adam’s entrepreneurial leadership and business experience will help the ministry build a more sustainable financial model. Adam will be piloting several business endeavors in hospitality and agriculture for export to create jobs and help families care for children and orphans.

Adam shared that he is grateful for how he and Tricia’s personalities and giftings are so completely different. While he loves structure, planning, and details, Tricia loves to jump into things and helps them both live more spontaneously. Their different approaches will help them weather the adjustment to a new culture and setting, help their kids adjust, and help the ministry begin to build new avenues for sustainability.

Adam contacted me for two main reasons last month. First, he said he chuckled after they made their decision remembering hearing in his Halftime program, “If you want to move from success to significance, understand what your wife’s passions are and lean into that.” He never thought at that time he’d be running an orphanage in Africa, but it makes so much sense now.

Second, Adam is eager to have halftimers interested in economic development visit and partner with them in Jinja in his job-creating business endeavors in the community. So, if you’re reading this and you’re interested in visiting or learning more about what the Laubachs are up to in Uganda, the Amani Baby Cottage website, or contact me, and I can set up an introduction.

We’re here to serve you in discerning your calling and in connecting with others living out theirs! 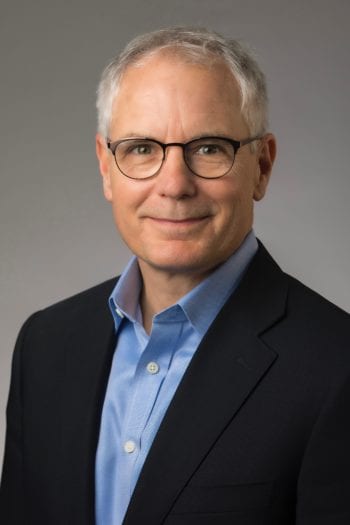 Lloyd Reeb is a successful real estate developer and retirement housing owner who made a mid-life transition, looking for greater meaning, joy and impact in his second half. To his surprise he discovered that he was not alone in this journey and that many talented leaders are longing for midlife renewal.

Lloyd has had the privilege of investing 20 years helping leaders plan their second half. He helped launch the Halftime Institute, a global team that teach, coach and connect successful men and women in pursuit of significance.

In Lloyd’s words, “When all you've done or own seems to matter less …and your heart craves more meaning, joy and balance...when something triggers in your mind that you're entering your second half of life and you're unsure what your calling is for the next season... you’re in Halftime.”

Lloyd has taken the Halftime message around the world: speaking, teaching and coaching individuals through the journey. As a result, he understands the issues that surround your Halftime in a deep and practical way.

He is the author of From Success to Significance: When the Pursuit of Success Isn’t Enough, which is a road map for this mid-life transition. His book The Second Half: Real stories, Real adventures, Real Significance provides compelling evidence that your second half could be the most creative and productive season of your life.

Lloyd and his wife, Linda, have written the book  Halftime for Couples. His latest e-book is Finally Connected: Deep, Rewarding Relationships in your Second Half.

Lloyd and Linda live on Lake Norman in North Carolina. They have three adult children - 2 daughters and 1 son - plus a daughter-in-law, son-in-law, and 1 granddaughter.

Seeing the Hero In Being A Servant

A Write Way to Find Clarity

The Most Productive Years of Your Life May Surprise You